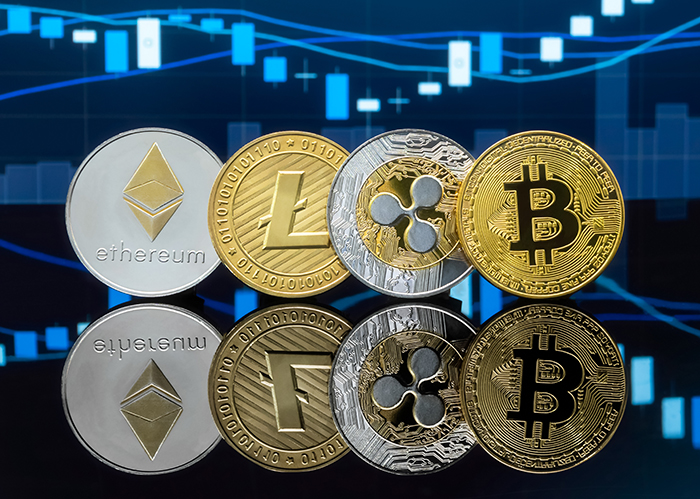 Through this organization, users get lower commissions, reduced administrative costs, and the opportunity to expand their markets.

No one can control Bitcoin transactions for us, which means that no one can withdraw money from our account without our authorization to do so. Our funds are safe within the Bitcoin Blockchain network and cannot be stolen or touched by anyone.

Every transaction within the Bitcoin Blockchain and every bit of information about it is always available to everyone on the Blockchain, which can be verified and used in real-time. The BTC protocol is encrypted, which means that no human or organization can control or manipulate it at will. The network is decentralized, so no one can ever have full control over it. All of this implies that Bitcoin will always remain neutral, transparent, and predictable.
It cannot be faked

One of the most popular forms of counterfeiting in the digital world is using the same money twice, making both transactions fraudulent. It’s called ‘double spending.’ To counter this, Bitcoin, like most other cryptocurrencies, uses Blockchain technology and the various consensus mechanisms built into all BTC algorithms.

Blockchain technology and its irreversibility allows that once a Bitcoin is spent, it cannot appear again in the wallet of the person who has spent it.

We cannot say that there is a universal regulation for Bitcoin, each country has its own, and considerable variations can be seen. In some countries, the use and trading of BTC are encouraged, while in others, it is prohibited and considered illegal.

The different States have determined that Bitcoin can be used for different illegal activities, and that is why they have sought to control it in some way. Some are concerned about its use within the deep web as a payment method for illicit activities such as drug trafficking or illegal purchasing of weapons.

The other States also claim that the use of BTC is being implemented for money laundering and tax evasion activities, which leads to a loss of capital for the coffers of States around the world.

Bitcoin does not need a law to function, and it remains active regardless of whether the law considers it a financial asset or not; however, the lack of regulation and regulation of Bitcoin still generates some uncertainty for its use.

As long as there is no clear regulation regarding its legality or illegality, companies worldwide cannot determine its use within their different financial systems. In addition, many investment funds have not yet decided to participate in this market until governments make a clear statement regarding this currency.
Lost keys

A key is a unique alphanumeric password required to access a Bitcoin wallet. Losing that key essentially means losing your wallet. However, most of the current wallets have backup and restore mechanisms, but the user needs to configure them before using them.
Volatility

Bitcoin has been somewhat erratic in its prices, presenting strong ups and downs, going through several cycles of rises and falls. BTC has been conquering new heights throughout its history, only to have a massive drop immediately after that. Its value is unpredictable; it changes quickly and drastically, which can cause significant financial damage to a reckless investor who does not know how the market works.
Continuous development

The Bitcoin technology has not yet been developed; it continues to grow as developers are added to the project. Likewise, the currency has not yet been adopted in a massive way, which implies that we do not know how it will work when everyone uses it. We do not know if the network will be able to support mass adoption or if, on the contrary, it will collapse.

Warren Buffet, one of the world’s most popular venture capitalists, has repeatedly said that Bitcoin is a bubble and is unsafe to invest.

The official website for bitcoin cash describes this cryptocurrency as’ P2P electronic cash for the Internet. Bitcoin cash is fully decentralized, controlled by no central bank, and requires no trusted third parties to operate.

Forks within bitcoin and other cryptocurrencies are common, although consensus is usually reached on which Blockchain to employ. Otherwise, the two blockchains coexist, and a new currency or currency is created. This was the case with bitcoin cash.

The hard fork occurred because there was no agreement on how to increase the block size limit. A group of influential miners, developers, and investors favored a protocol called SegWit2x, which was adopted on the bitcoin network in August 2017. Those who disagreed with this protocol created bitcoin cash. Supporters of bitcoin cash believed that it was more like the original vision of Satoshi Nakamoto, the unknown person or group of people who created bitcoin and who are suspected of secretly adopting a 1MB limit. However, Nakamoto also argued that “we can bring about a later change if we start to need it,” as he (or they) predicted that, with the increase in Internet speed and the reduction of storage costs, blockchains could be increased in size without the decentralized currency concept being adversely affected.

Since its launch, bitcoin cash has become one of the most successful bitcoin offshoots. Roger Ver, a well-known investor and one of the first to bet on bitcoin, has a favorable opinion of bitcoin cash, as he expressed in an interview, which he came to describe as “the real bitcoin.” Known as the “Jesus of bitcoin,” Ver endorsed bitcoin as early as 2011 as a means of promoting economic freedom. He later advocated for bitcoin cash, highlighting its lower transaction times and costs.

Bitcoin mining is not available to everyone !

Binance Coin What is Binance Coin?
We use cookies to ensure that we give you the best experience on our website. If you continue to use this site we will assume that you are happy with it.Ok