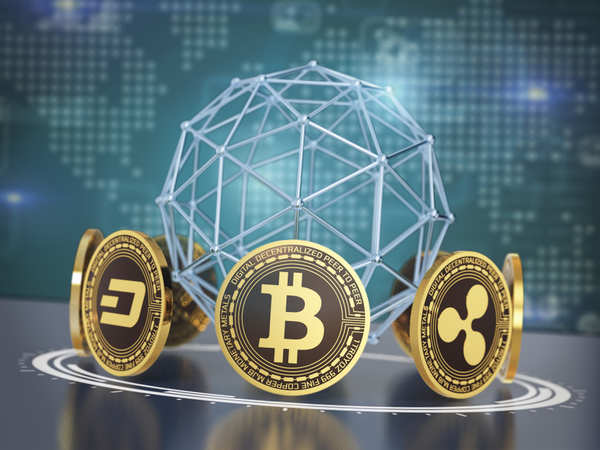 What is bitcoin, and how does it work?

Bitcoin is a virtual currency that has acquired great value in recent years. Please find out how it works, how to buy it, how much it costs, and why its price moves so much in the markets.

Bitcoin has revolutionized the financial world. Not just companies and investors, but even countries. Some, like El Salvador, are in its favor and plan to use it as legal tender. Others, like China, are against it and apply strict regulations to limit its use. The fact is, the word “bitcoin” is all the rage, and it is impossible not to have heard it. Where was this asset born? What is it? How does it work? Why has its price risen so much? Here we tell you.

It is a virtual currency that, like any other, can be used to exchange products or services. The difference with the traditional currencies of the rest of the world – such as the dollar or the peso – is that it is not at the expense of a central bank, it does not depend on any financial authority, and it does not exist physically.

The cryptocurrency was born in 2009 when someone with the pseudonym Satoshi Nakamoto emailed an article to cryptography and digital code experts. He described the characteristics of this digital money and attached a code with which to carry out the so-called ‘mining’ of this virtual currency, the process to validate and carry out the transactions. Still today, the identity of Nakamoto and if he is a single person or a group of them is unknown.

The idea of ​​having a safe currency outside the system and the control of the banks was all the rage. More and more people adopted it to make transactions, and little by little, it became popular.

Additionally, Dai specifies in his essay the essence of maintaining collective accounting with cryptographic protocols, which would be in charge of authenticating the transactions and, at the same time, would serve as a guarantee that they were kept organized. With this proposal, Dai takes the first steps on the path towards what we know today as Blockchain technology. He also suggests implementing the use of public keys or digital signatures for the execution of contracts and authentication of transactions.

In addition to all of the above, Dai’s “b-money” essay raised two proposals. The first contemplated a PoW proof-of-work function to generate the “b-money,” considered very impractical. And the second, something more similar to the block structure that we currently know. Although “b-money” never became official, Dai’s work has been widely recognized. To the point that the smallest unit of Ethereum is called “WEI” in honor of it.

Ten years later, in 2008, during the great global financial crisis, a person or group of people whose true identity is still unknown came forward under the pseudonym Satoshi Nakamoto. Nakamoto, on November 1, posted a whitepaper of what he called Bitcoin on the P2P (Peer to Peer) Foundation website. In ‘Bitcoin: A Peer-to-Peer Electronic Cash System,’ he revealed his new vision of electronic money.

In this way, the concept of Bitcoin is presented to the world for the first time, and this is how cryptocurrencies are born. Then, on January 3, 2009, its official birth occurred when the first Bitcoin came to light as part of the first block of 50 BTC called “Genesis.” According to Satoshi Nakamoto’s ideas, open-source software was designed and released, and the P2P network was built on it, making Bitcoin an encrypted digital currency in the P2P format.

This point-to-point transmission format indicates that it is a decentralized payment system. This means that, unlike the other traditional currencies of legal circulation called fiat money, Bitcoin does not have a centralized issuer but is generated by calculations based on specific algorithms of the network’s nodes. In this way, it can circulate the world, be on any connected computer, and anyone can participate in its manufacture or “mining.”

No matter where you are, anyone can mine, buy, sell or receive Bitcoins—using a distributed database made up of nodes throughout the P2P network. This way allows registering and confirming all transactions using the cryptographic design to guarantee security in all aspects of the operation. Bitcoin is a digital currency made up of a series of complex codes generated by a computer.

The volatility of bitcoin cash depends on several factors that we follow on our bitcoin cash news and analysis page. Open a demo account here to trade CFDs as a risk precaution. Other examples include:

Regulation: Like other cryptocurrencies, bitcoin cash is currently not regulated by governments or central banks. There are questions about how this may change over the next few years and its effect on your value.

Offer: Bitcoin cash has a total supply of 21 million (just like bitcoin). The limited offer could affect its value.

Competition: Bitcoin cash competes directly with bitcoin as well as other cryptocurrencies. This could limit the popularity of bitcoin cash.

Reputation: Prices can be affected by public perception, safety, and longevity of the currency.

Adoption: Businesses and consumers have not widely adopted currency as a payment method. However, some see potential in technology.

Powerful trading on the go

Open and close trades without interruption, monitor your progress and set alerts.

Markets offers an execution-only service. This material (whether opinion or not) is provided for informational purposes only and does not consider any personal circumstances or investment objective of any particular person. Nothing in this material is or should be considered financial advice, inversion, or any other type of advice. No opinion in this material constitutes a recommendation or its author about a specific investment, operation or investment strategy and therefore should not be considered as such (or as appropriate for a specific person). Consequently, Markets is not responsible for any loss, damage, or injury caused by the use of this information.